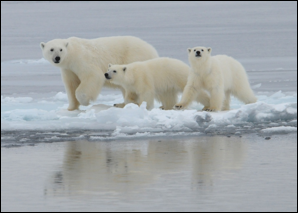 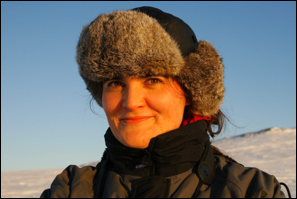 The world’s polar bear population is predicted to be reduced by approximately 30% over the next 45 years1,2. This is due to reduced access to prey as a consequence of altered sea ice coverage and dynamics, inducing energetic stress and risk for further endocrine disruption from long-range transported industrial pollutants1,3-4. If we are to amend this situation, there is an urgent management and conservation need for information on this iconic Arctic species that requires new, cutting edge methods. The goal of this postdoc project is to create and test novel approaches for understanding these changes on the polar bear populations.

There are currently 19 distinct populations of polar bears in the circumpolar Arctic7. Although the different populations are in the same basic environment, they differ with regards to consequences of the potential stressors due to local conditions (e.g. time of ice break up, contaminant load, degree of harvest)2. The information available also differs between populations. For example, Canada has repeat samples and life history information from a large number of bears, but few invasive samples, whereas Greenland has access to a large number of tissue samples, but no body condition or life history information on the bears sampled. If we are to better understand the challenges faced by polar bears as a whole, there is an urgent need to combine and directly compare the disparate data across populations and thus benefit from their respective strengths2,5. The need for such cross-population and interdisciplinary collaborative efforts has been noted recently by numerous recognized experts in the field5, as well as by the Conservation of Arctic Flora and Fauna (a Working Group of the Arctic Council)6. The postdoc project is based on an exceptional collaboration between scientists from Canada and Denmark/Greenland, representing an unprecedented opportunity to compare and contrast the polar bear populations of these two areas. New noninvasive biomarker tools will be developed, providing knowledge that will benefit the management of polar bears over the wider circumpolar scale. With the above-mentioned in mind, the post-doctoral project seeks to employ a cross-population integrative approach to: