Polar bears (Ursus maritimus) are a wide ranging, non-territorial apex predator. Their primary prey include ringed seals (Pusa hispida) and bearded seals (Erignathus barbatus), which are elusive, highly mobile prey. Although it is appreciated that polar bears require the sea ice substrate to hunt seals, little is known about the demographic structure of seals preyed on, or how particular sea ice habitats may facilitate polar bear foraging. Additionally, while larger scale population relationships between polar bears and ringed seals have been hypothesized, mechanistic understanding of the relationship is lacking. Using a large database of seals killed by polar bears in spring (April-May; n = 650) as well as cohort and body condition data, I will be focusing my Ph.D. on fundamental aspects of polar bear foraging ecology: 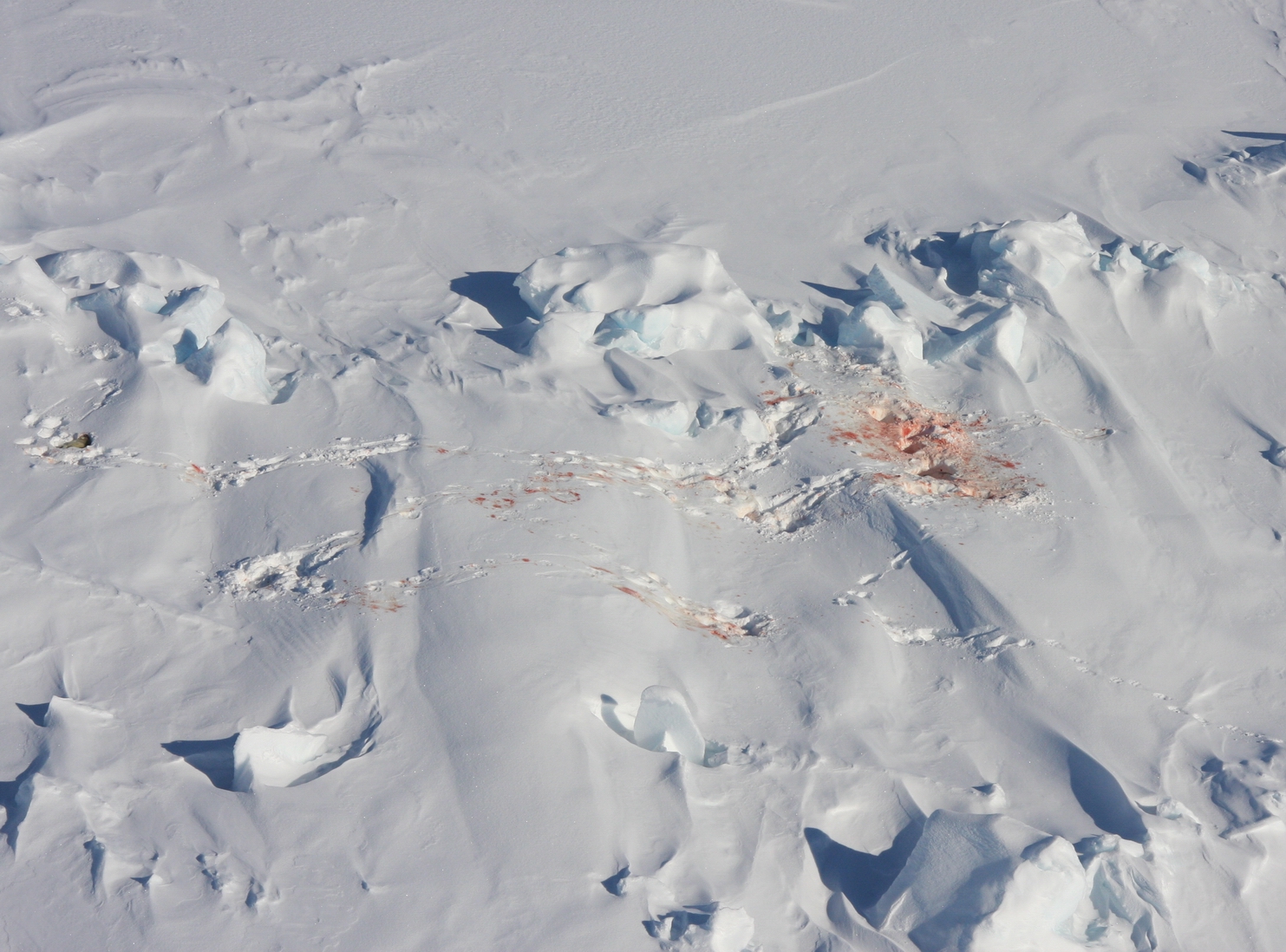 Ringed seal pup kill from air. Pup has been dug from lair along pressure ridge and consumed

I graduated from the University of British Columbia in 2007 with a Bachelor of Science. Post-graduation I worked for an environmental consulting firm on implementing constructed ecosystems for water treatment, as well as ecosystem restoration. In 2009, I spent six months working on a wildlife reserve in South Africa, predominately tracking the hunting and movement behaviour of the reserve’s predators, including lions, leopards, cheetahs, wild dogs and hyenas, and the effects on the population dynamics of their prey.